Congratulations to the new Special Rapporteur on Human Rights in Iran

Is Iran the Birthplace of Ice Cream?

Statement: Message to Our Community

The staff and volunteers of Arseh Sevom are committed to working  for human rights both inside and outside of Iran.

We have come together to make a statement expressing our concerns about the Iran-US relationship. We have committed our lives to something simple and that costs nothing: building societies that center on dignity, human rights and peace.

There is no winner in the United States’ unilateral pullout of the Joint Comprehensive Plan of Action (JCPOA), sometimes called the Iran Deal. The action taken by the United States was done without any evidence of misconduct on the part of Iran and in spite of the objections of European partners. The additional threat of harsh sanctions is debilitating and in direct violation of the human rights of those in Iran.

For those of us who work for an Iran that respects human rights and is a place where its population can thrive this action is devastating and worthy of condemnation. Neither the US administration nor Iran’s own government have the best interests of the people of Iran in mind with their political strategies. Both governments are advancing policies that severely hurt the most vulnerable of the population, both through sanctions and through the denial of human rights. These people have lives that neither administration seems to deem worthy of consideration. The people living in Iran are simply seen as expendable in the quest for power.

In Iran, the Supreme Leader has announced that all strikers and demonstrators are traitors. It’s no surprise that the Iranian government is using the US pullout from the JCPOA to further oppress the population. This is a well-established pattern in Iran and will have negative repercussions for civil society and all those working for human rights inside and outside of the country

The basic truth is this: Iran’s future is full of danger. There is danger that the nation will disintegrate into a civil war. There is danger that external forces will attack Iran. There is the danger of economic and environmental collapse. There is also danger for us. Those of us who espouse the virtues of human rights and believe deeply that those rights extend to each and every one of us face a moral danger.

We urge all activists and organizations with a focus on Iran to take the time to understand the impact of the US political posturing and the Iranian government’s response on the actual people inside of the county and from the perspective of Iran’s history and current climate.  Our era is one that requires great strength in resisting authoritarian ideas that come couched in the language of freedom, security, and democracy. This is a time to hold firm to the values of human rights without forgetting the people who are caught up in a political conflict that they cannot control.

We invite others to join us in committing to working for dignity, basic needs, and human rights. 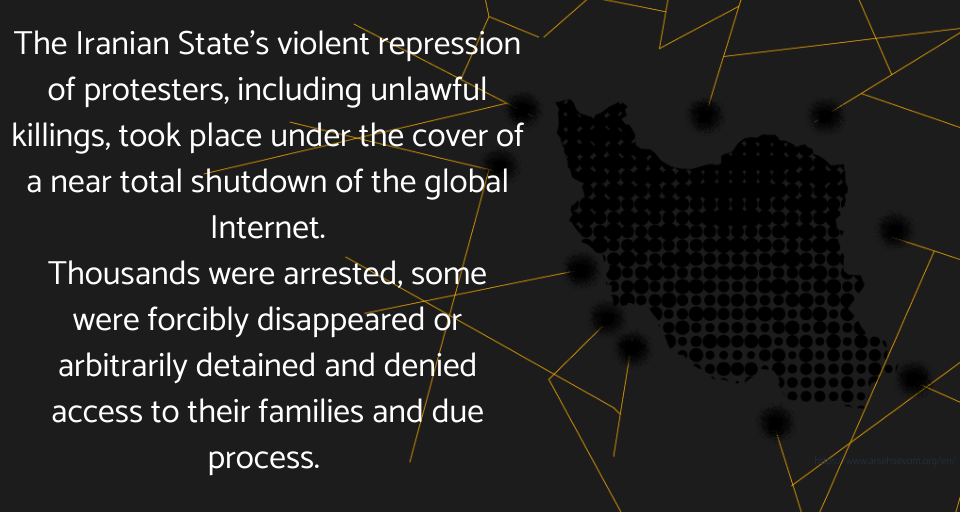 Sahar Khodayari became known as the "blue girl" for painting her face the color of her favorite soccer team: Estaghlal.